This is a guide to Nachiketa: A Collection Of Stories From The Upanishads (Volume 702). You can find it at Amazon.

Summary: The first story is Nachiketa, who is the son of the sage Vajashrava, and even as a young boy he is occupied with spiritual questions. When his pet deer dies, Nachiketa wants to know whether there is life after death. In a moment of anger, his father curses him to become a gift to Yama, the god of death. Nachiketa obediently marches to the abode of Yama, and Yama grants him three boons. Nachiketa asks for his father to be cheerful, then he asks for a sacrificial rite to alleviate hunger and thirst, and then he wants to know whether there is life after death. When Nachiketa insists on an answer, Yama enlightens him, and Nachiketa goes back home to his father.

The next story is about a boy named Satyakama wants to be the disciple of the sage Gautama. Gautama accepts him as his pupil and sends him on a journey to tend a herd of cows. One of the bulls of the herd speaks to him about finding Brahman, and Satyakama is enlightened.

In the final story, Prajapati, the gods seek advice from Prajapati about their dissatisfaction with their easy lives (this story comes from the Brihadaranyaka Upanishad). Meanwhile, the men living on earth are unhappy with their lives of hard work. The asuras, likewise, were unhappy with their lives spent striking fear into the hearts of men and gods. The gods, men, and asuras all seek Prajapati's advice. He says only, "Da." The gods conclude that this means "Damyata," telling the gods to restrain themselves in order to achieve joy. The humans think it means "Datta," urging them to give generously and find joy in giving. The asuras decide it means "Dayadhvam," which means they should show compassion, which brings joy. 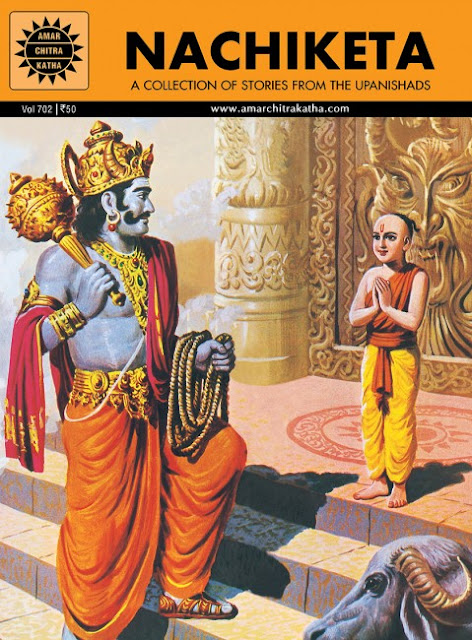