This is a guide to Vasavadatta: The Princess who Captivated a True Kshatriya (Volume 674). You can find it at Amazon.

This is a classical Sanskrit romance story, dating to perhaps around the year 700 C.E. You can find out more at Wikipedia. This comic book version, however, is quite different, and is based on the Buddhist legend instead, focusing on the fairy-tale love story between the princess Vasavadatta, daughter of King Pradyota, and her father's rival, King Udayana.

My favorite part involves what you could call a "Trojan Elephant," but I won't say anything more about that (spoilers!). I also like the way King Udayana's skills involve playing the veena. Part of being a "true kshatriya" involves musicianship! 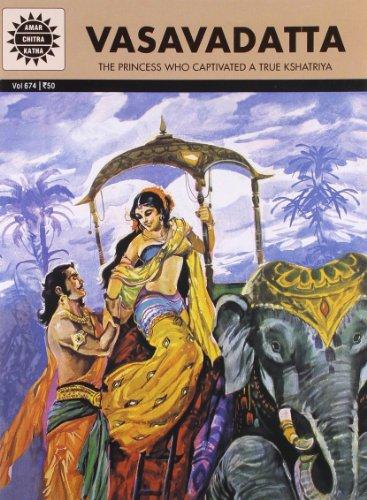