This is a guide to Tales of Narada: Tales of Devotion and Rivalry (Volume 520). You can find it at Amazon.

Narada Conquers Temptation. Fearing Narada's powers, Indra sends Kamadeva, god of desire, to tempt him. Having resisted Kama, Narada decides to brag about this to Shiva, and then to Vishnu. Narada then goes to the city of King Sheelanidhi, whose daughter is having a swayamvara to choose a husband. Narada prays to Vishnu for help, but Vishnu tricks Narada in order to teach him a lesson.

Who is the Greater Devotee? Narada is convinced that he is Vishnu's greatest devotee, but Vishnu takes him to see a poor farmer whose devotion to Vishnu is even greater. At first Narada scoffs at this demonstration, but then with a simple test Vishnu convinces Narada of the farmer's true devotion.

Narada Enlightened. In the final story, Vishnu teaches Narada the meaning of "Maya," the illusion that we call reality. If you are a fan of Star Trek Next Generation, you will recognize this story as being something very similar to Picard's adventure in the episode called "The Inner Light" (regarded by many as the best ST TNG episode of all). 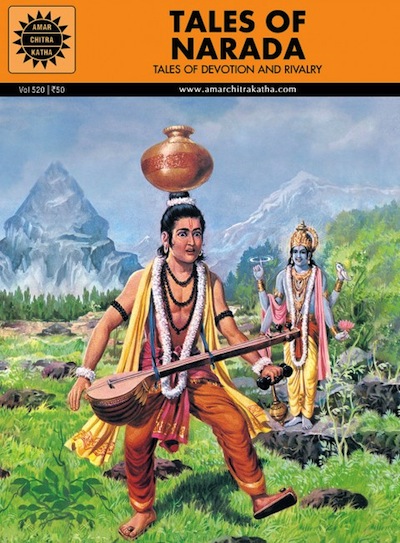