This is a guide to Bheeshma: Selflessness Personified (Volume 534). You can find it at Amazon.

Summary: The story begins with the strange marriage of King Shantanu and the goddess Ganga, resulting in the birth of their son Gangeya, also known as Devavrata, and later known as Bhishma. The first half of the comic book ends with Bhishma's vow of celibacy. The second half tells of Amba's vow to kill Bhishma, her reincarnation as Shikhandin, and Bhishma's fall in the Great War at the hands of Shikhandin and Arjuna. You can read more about Bhishma at Wikipedia. 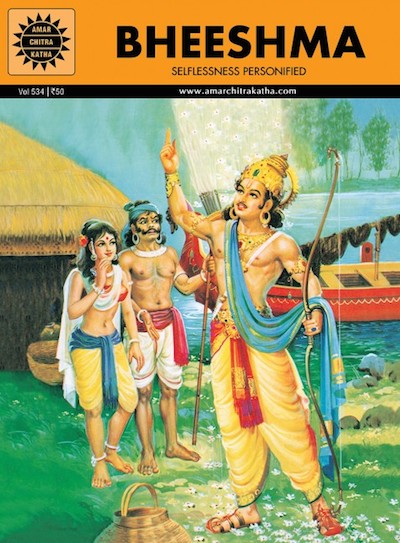