This is a guide to Prahlad: A Tale Of Devotion From The Bhagawat Purana (Volume 537). You can find it at Amazon.

Summary: This is the story of Vishnu's incarnation as Narasimha, the Man-Lion. Prahlad is the son of Hiranyakashipu, king of the asuras, and he is devoted to Vishnu, who killed Hiranyakashipu's brother. Disgusted by his son's devotion to Vishnu, Hiranyakashipu sentences Prahlad to death, and to save Prahlad and the other followers of the gods, Vishnu takes the form of Narasimha and defeats the asura king. You can read more about Narasimha at Wikipedia. 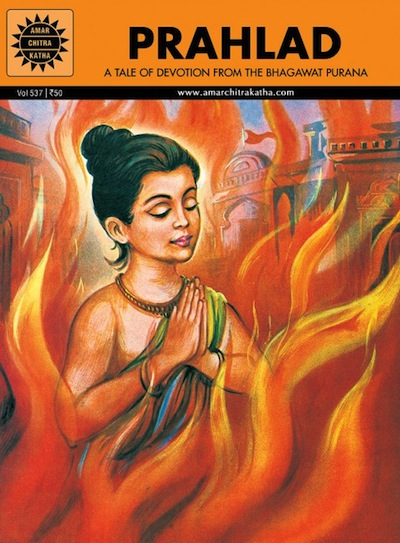